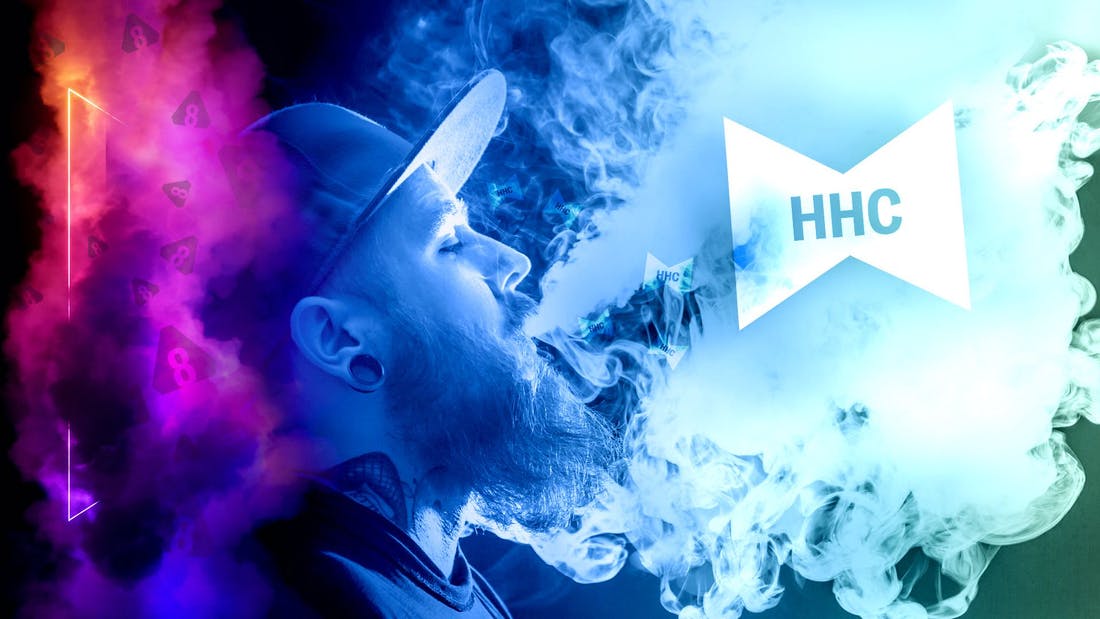 HHC, the most common hemp-derived cannabinoid, has a little more legal promise—and appeal—than THC because it isn’t a THC compound at all. Roger Adams, an American chemist, first created HHC in 1944 by adding hydrogen molecules to Delta-9 THC. THC is converted to hexahydrocannabinol (HHC) by a process known as hydrogenation. This compound has recently been raising questions from the cannabis community about what it is exactly. Well, this is what I’m here for! Keep reading for more information on this fast-growing product.

HHC is created via a multi-step procedure. CBD is first extracted from raw hemp, then distilled and separated as a powder. Things get a little more difficult from there. HHC manufacture is a patented process that takes place inside a chemical reactor, according to Kyle Ray, chief operating officer of Colorado Chromatography. “Consider the reactor as a black box,” Ray suggests. “CBD goes in, HHC comes out.” Before distilling the HHC, Ray characterizes it as a “gold dark oil that we refine from that point.”

The potency of HHC is a topic on which there is no agreement. The issue stems in part from the fact that the cannabinoid is made up of two different types of HHC molecules: 9R HHC actively attaches to the body’s natural endocannabinoid receptors, whereas 9S HHC, due to its slightly different chemical structure, does not. When it comes to the effects of HHC, Bearly Legal’s, Liam Burns is a firm believer. “I personally feel energetic with HHC,” he remarked. “I go to the gym. I’m sharp, my brain’s working properly. I typically have back and shoulder pain, but I have no pain when I’m on it.” In other words, HHC has THC-like effects on the body and mind, but it’s not as strong as delta-8 THC milligram for milligram. Delta-8 THC is often considered to be half as powerful as regular delta-9 THC.

This was a personal question of mine when reading about HHC: will it show up on drug tests?
Well, some of HHC’s appeal, according to Burns from Bearly Legal, arises from proof that it can evade drug testing. But, and this is crucial, he admits that the evidence is only anecdotal. This is exactly what his consumers are telling him. Similar arguments have been made concerning HHC, according to James Stephens, Vice President of Innovation at Creo, a biotech firm focusing on cannabinoids. He stated, “I’ve also seen it advertised that [HHC] doesn’t convert into 11-hydroxy-THC, which is a common drug test metabolite,” “It could possibly be used to evade drug testing regimes if this proves to be true,” he noted. I believe it’s safe to say that there is no proof that HHC does not show up on a marijuana drug test. I strongly advise you to not put your job or career on the line based on rumors.

And now we get to the trickiest problem of all: Is HHC legal? Yes, according to Bearly Legal. As per the company’s website, because HHC is made from hemp and not THC, it could be considered legal. “HHC vapes, gummies, or edibles are perfectly legal on the federal level and will most likely remain legal on the state level as well,” according to the website. Officials from the company also claim that because HHC is found in hemp plants’ seeds and pollen, it is “non-synthetic” and so a “totally legally legal hemp extraction.” On the other hand, other experts are more skeptical. According to James Stephens, a cannabinoids scientist at Creo, HHC is covered by the Federal Analogue Act, which specifies that any compound that is comparable to a Schedule I drug—in this case, traditional THC—is considered a Schedule I drug. Because THC is still illegal, HHC would be as well. Stephens also believes it has a lot of similarities to the synthetic narcotics K2 and Spice, which are both Schedule 1 drugs and imitate THC. “I don’t think HHC is legal,” he claims.

HHC is difficult to understand in part because it is a new product on the market with just a few merchants selling it, usually in the form of vape carts. Hopefully, this information has addressed the majority of your issues or queries. However, the cannabinoid has a lot of potentials, so don’t be shocked if you hear a lot more about it in the near future. For the time being, HHC products exist (and prosper) in the gray area between hemp (which is legal in all 50 states) and cannabis (which is illegal). Consumers will have to consider the risks and benefits of these substances for themselves until HHC is controlled by the state.