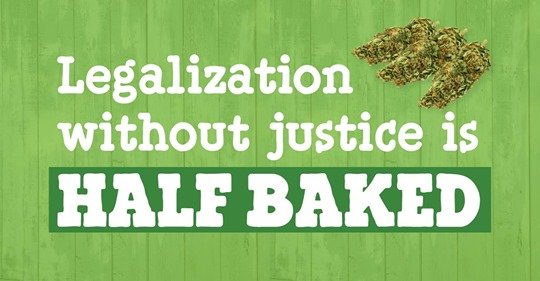 Another Reason to Love Ben and Jerry’s Ice Cream

This delicious article shines light on the realities of being white versus Black in the cannabis world.
“If you love cannabis AND you’re white, everything is totally awesome these days. It’s fun—and lucrative: According to the latest data, 81% of cannabis executives are white. Meanwhile, even in states where cannabis is legal, and even though Black people and white people partake at similar rates, Black people are still arrested way more often.”
This article also pokes some major holes in the viewpoints of those rich, white people that have suddenly become supporters of cannabis, such as former Speaker of the House John Boehner. Boehner went from being an avid opponent to legalizing marijuana to fully investing in and supporting the marijuana movement. “Boehner’s change of heart only goes so far. Regarding the 400,000 people arrested for selling or trafficking pot during his time as Speaker (2011-2015), he said, “The whole criminal justice part of this, frankly, it never crossed my mind.”
Could this mean that the reason many rich, powerful, white men suddenly become investors and marijuana legalization proponents is to make their already overflowing bank accounts even bigger? “That’s a problem! White people are making a lot of money selling cannabis (Black entrepreneurs are so far being shut out of the boom), and Black people are getting arrested for using it.”
“Legalization must have equity at its heart. That’s why we’re calling on Congress to support the MORE Act, which would make cannabis legal and (it’s an important “and”!) expunge prior cannabis convictions.” Way to go Ben and Jerry’s for telling it like it is!

You have Successfully Subscribed!