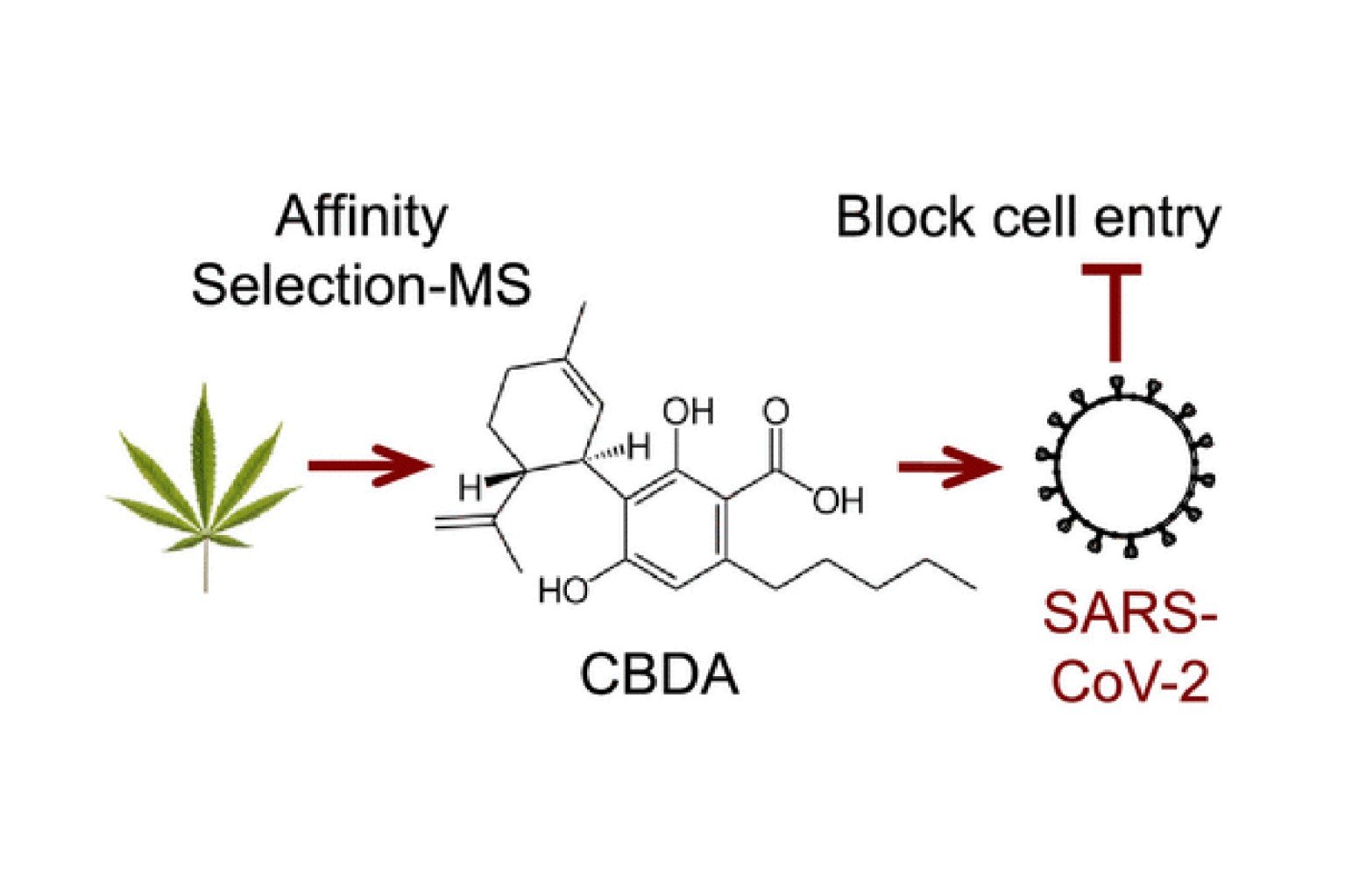 Can this Cannabis COVID Research Live Up to Its Expectations?

Researchers affiliated with Oregon State University are paving the way for the future expansion of medical cannabis and hemp products.

Their study, “Cannabinoids Block Cellular Entry of SARS-CoV-2 and the Emerging Variants,” was recently published by the Journal of Natural Products.

The study found that two cannabinoids found in hemp and many hemp extracts, cannabigerolic acid (CBGA) and cannabidolic acid (CBDA), bind together to the spike protein of SARS-CoV-2, the virus that causes COVID-19.

Don’t forget, though, hemp should not be confused with THC. Legally, hemp must contain 0.3 percent of THC or less, thus not causing the same psychoactive effects as smoking cannabis does. Hemp and hemp extracts have good safety profiles in humans. Much of the reason why hemp is federally legal is that in 2014 and 2018 Congress passed the Farm Bill, which provides support, certainty, and stability to our nation’s farmers. Hemp research remains important to the continued efforts of legalizing cannabis overall and what benefits can be derived from the plant.

The study also found these hemp compounds to be equally effective against emerging variants, such as Omicron, which was first detected in South Africa.

Richard Van Breemen, the lead researcher, noted that while further research will be needed, these “cannabinoids can be developed into drugs to prevent or treat COVID-19.”

Hopefully, the overall research continues because this could open a new and safe alternative for those who are immunocompromised and cannot receive the COVID-19 vaccine. Van Breemen noted that the vaccine, combined with CBDA/CBGA, could make it more difficult for COVID-19 to stick around. A drug developed with just the two cannabinoids could feasibly provide a basic level of protection for the immunocompromised. So, the question remains, can this research live up to its expectations? Will the government consider this moving forward?

I question the ability of the government to take this research seriously because of what big pharma has been able to produce so quickly that has benefitted many throughout this pandemic. It is not surprising that the states that continue to keep cannabis illegal overall, such as Indiana, have a loud presence of big pharma and their lobbying efforts.

Another aspect of this is research funding; will banks provide the financial backing for this hemp research since it is federally legal? Not so long ago, Bank of America closed the bank account of a research team that was focusing on cannabis and how it aids Veterans coping with PTSD. It is not unreasonable to be skeptical of this research and its effects because of the historical negative connotation associated with cannabis.

Read more about the research from Forbes and from the New York Times.
Photo Credit.