The Cannabis Industry Continues to Expand

The November 2022 Midterm Elections had the potential to be a massive boost for the future of cannabis legalization. Five (5) states had ballots featuring bills and propositions that would have legalized cannabis use. Maryland, Missouri, Arkansas, North and South Dakota all left it up to their citizens to decide the fate of Cannabis in their States.

Maryland voters proved to be most supportive in the legalization of cannabis. Voters were given Ballot Question 4, which would legalize the possession of cannabis, and use of cannabis would become legal for people 21 and older beginning July 2023. So far, over 900 thousand people have voted yes to legalize, almost double the amount of people who voted against the legalization. With a 65.6 percent – 34 percent split, with widespread support from all counties across the state, this is by far the greatest showing of support from Tuesday’s election. 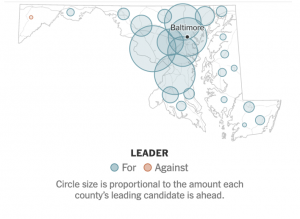 Missouri, like Maryland, also had a good showing from its voters in support of legalizing cannabis. While not as much of a blowout as Maryland, voters decided Yes on Constitutional Amendment 3, which would legalize cannabis possession and use of marijuana would become legal for people 21 and older, in a 53.1% majority. The greatest amount of support came from the state’s two heavily populated cities: Kansas City and St. Louis. 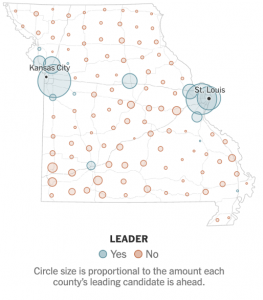 Arkansas had the potential to be one of the first deep-south states to fully legalize cannabis in the country. Unfortunately, this year’s attempt did not appeal to Arkansas voters just yet. With a 56.3% majority against Arkansas Issue 4, legalizing the possession and use of cannabis would become legal for people 21 and over, and the commercial sale of cannabis would be authorized. With the minority support coming from the Little Rock and Fayetteville areas of the state. While disappointing, this could prove to be a potential crack in the armor for southern prohibition on cannabis. 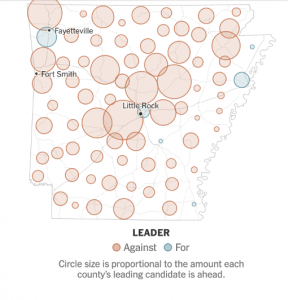 North Dakota voters came together on Tuesday to decide on Ballet Measure 2, as well, which would legalize and regulate cannabis possession and use for people 21 and older. Like Arkansas, this ballot measure wasn’t particularly popular. In total, 55% of voters voted “No,” with only 23,300 votes more than those who voted “Yes.” Fargo, the largest city within the state showed the greatest support overall for the measure, but it wasn’t enough to change the outcome. 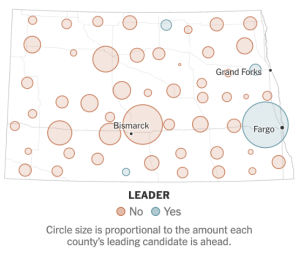 Lastly, we have South Dakota. SD introduced Ballet Measure 27 to its voters this Tuesday, a measure that would legalize the possession and use of marijuana would become legal for people 21 and older. Of all the states that voted on cannabis measures, South Dakota was the closest of all the races. 53% of voters decided no on the measure, with only 20,300 votes deciding the fate of the measure. 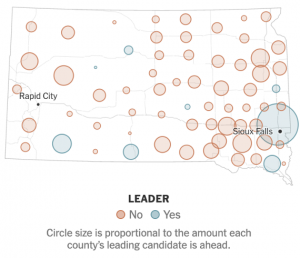 These midterm elections were a potentially momentum changing cycle for cannabis across the country with another 10% of the country making their decision on the plant on Tuesday. Unfortunately, it wasn’t quite the green wave people had been hoping for. Only 2 of the 5 states passed their ballot measures legalizing the cannabis within their states. However, the industry continues to move forward, tackling any hurdle that comes its way.

As a fourth year journalism student at the University of South Carolina, Jacob is passionate about providing the most up-to-date stories. Jacob follows Illinois news, cannabis advertising, cannabis in sports and first-time cannabis consumers. With experience in product manufacturing and customer relations, Jacob adds immense value to the team. Currently, Jacob resides in Chicago and has experience working with the Chicago White Sox.