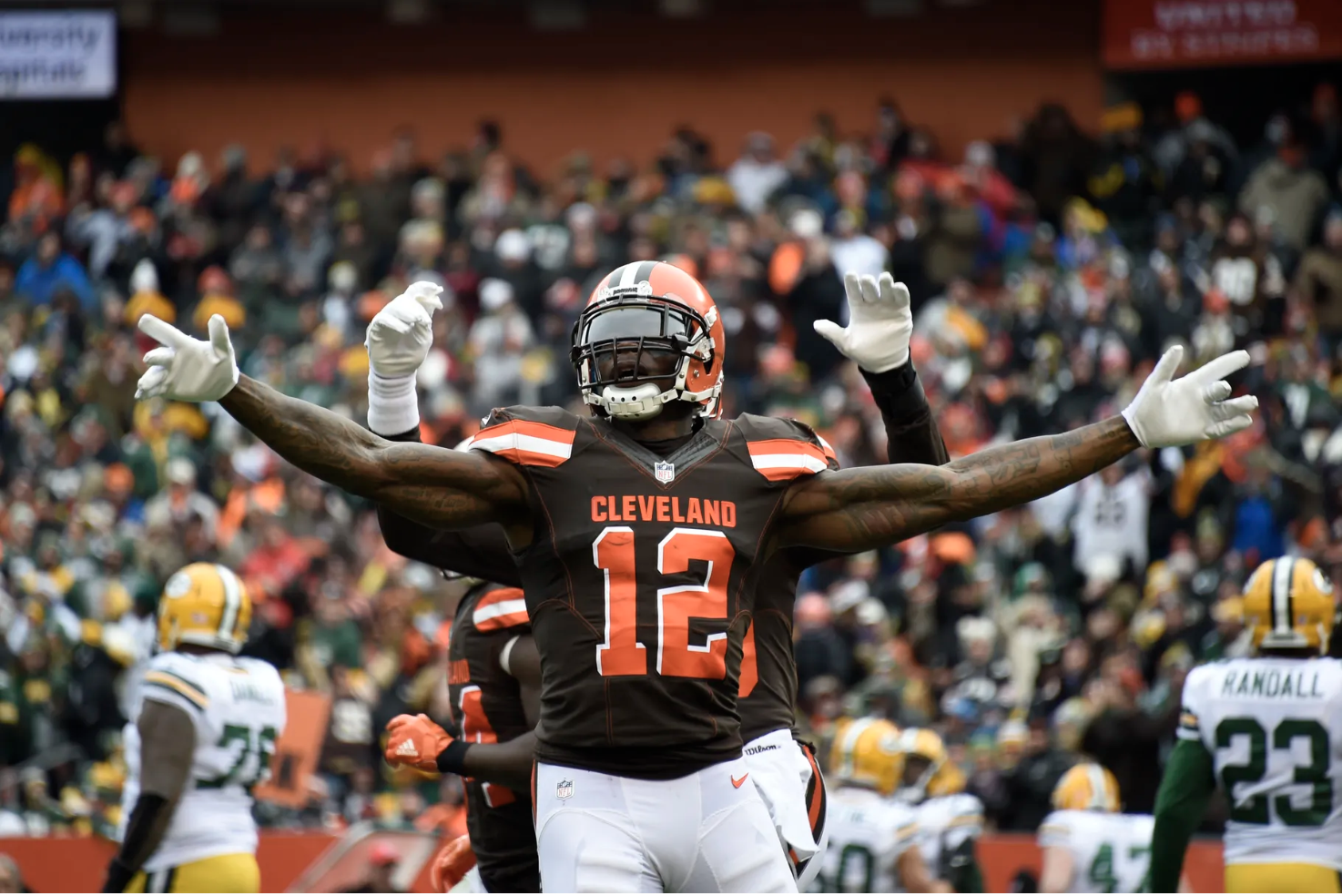 Former NFL Stars Speak Out on Benefits of Cannabis

The NFL has a rocky relationship with its players when it comes to the use of cannabis as a medication. The strained relationship is no better exemplified than with the treatment of former player Josh Gordon. Gordon, a star college receiver for the Baylor Bears was drafted by the Cleveland Browns in 2012 in the second round. Gordon had it all, quick feet, rapid bursts of speed, and soft hands that could bring in any ball if you gave him a chance. In his second season, he posted numbers good enough to earn himself a nod to the 2013 Pro Bowl and All-Pro honors.

As talented as Gordon was, he had one glaring flaw according to the NFL. Not one that you could see on the field or in his work, his flaw was how he chose to treat himself behind closed doors. Gordon had fancied himself a cannabis consumer all the way back to his days on the Baylor Bears, and this would catch up with him as a professional. The NFL knew of this and routinely targeted him, subjecting him to “random drug tests.” As a result of failed drug tests, Gordon was consistently hit with suspension after suspension handed down by the NFL and its substance-abuse policies. In total, Gordon would only play 64 games spanning his 9-year playing career, which amounts to only about half the total games he should have been available in. Had it not been for the NFL’s dated and problematic policies, Gordon could have gone on to be a perennial pro-bowler and a force to be reckoned with on the field.

The hypocrisy and the inconsistencies of the NFL’s policy only become more obvious when one considers the handling of current Browns Quarterback Deshaun Watson’s sexual harassment allegations and penalties. This year it became official that the NFL would be suspending the star quarterback a measly 6 games for the allegations made against him by 24 different women massage therapists, citing inappropriate behavior and lewd conduct.

Former players and cannabis activists are now speaking out against the league’s backward policy and treatment of those who consume cannabis.

Most recently and notably, former Detroit Lions Wide Receiver Calvin Johnson was just inducted into the National Football Hall of Fame this year. In his acceptance speech, he called out the league for the mistakes they have been making in prosecuting players for the use of cannabis as treatment. In his speech, Johnson says, “Football changed my life, but cannabis has changed how I now live my life.” Johnson continues, “To the NFL, college football, and all major sports including the Olympics, it’s also time we recognize the potential of vital medicines, PLANT medicines, to aid and improve the mental health, and quality of life for so many.” Johnson doesn’t only talk the talk, he backs his words with action. Along with fellow former NFL player Rob Sims, the two have created a company called Primitiv, a cannabis brand that promotes education and wellness.

Johnson and Sims together have built a brand that aims to break the stigma of what the typical cannabis user looks like. Primitiv is currently in the early stages of a partnership with Harvard University to help study the causes and effects of Traumatic Brain Injury CTE, and how cannabis can help treat those suffering from this condition. Both men view cannabis as a healing agent, and they see their company and its product as a potential alternative to opioid pain medication that has been abused for years.

Sims, a former NFL Offensive guard, details his experience in the league working with team doctors. “I remember having doctors prescribe me Vicodin, and the instructions saying to take when you have pain. But here I am, a football player who tore my pec muscle. I thought it wasn’t good for me to sit at home and pop pills.” This is the cold reality for so many people, not just football players. One injury in America and you could find yourself falling down the opioid rabbit hole, becoming addicted with no end in sight. This is the exact issue Sims and Johnson are aiming to put an end to with their work with Primitiv.

Their efforts seem to be working, catching the attention of the NFL. Since the launch of their brand, the NFL has donated $500,000 to UC San Diego’s Center for Medicinal Cannabis Research to study whether the plant can be used to help athletes manage pain. This is the first step to real, tangible change within the NFL and its handling of the issue. With time, hopefully, the rest of the country’s major sports leagues will follow suit. But for this to happen, the conversation around cannabis must be drastically shifted from the old-fashioned attitudes and stigma around the issue.

As a fourth year journalism student at the University of Southern California, Jacob is passionate about providing the most up-to-date stories. Jacob follows Illinois news, cannabis advertising, cannabis in sports and first-time cannabis consumers. With experience in product manufacturing and customer relations, Jacob adds immense value to the team. Currently, Jacob resides in Chicago and has experience working with the Chicago White Sox.