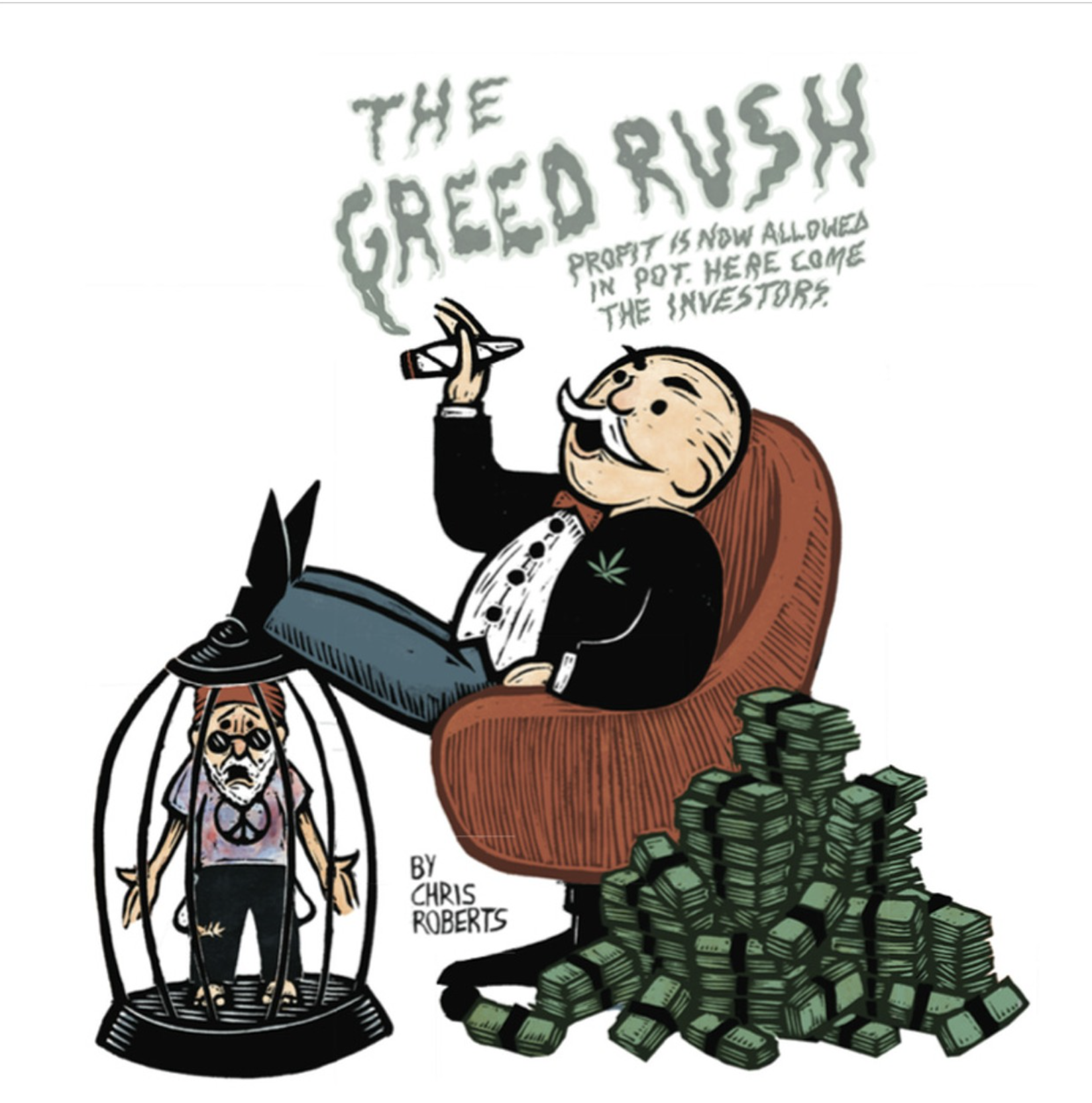 The State of Illinois is currently coming to grips with the state of its’ legal cannabis companies. In a lawsuit filed by True Social Equity in Cannabis, their complaint alleges that the legal marijuana business in Illinois is being controlled by a “Chicago cartel,” a group of cannabis companies that have been protected by the state. These “cartels” have managed to completely monopolize the cannabis industry from cultivation to manufacturing, to retail dispensaries. The companies implicated include Akerna Corp., Green Thumb Industries Inc., Verano Holdings, and Surterra Holdings Inc. These companies have direct links to Illinois royalty such as the Wrigley family, and the Kovler family, both of which have historic roots tied to major food and beverage brands as well as local sports teams. But arguable the most upsetting of all, the Pritzker family, who sees their son J.B Pritzker serving as current Governor of Illinois, has been indicted in these lawsuits

With J.B Pritzker at the forefront of all Illinois politics and overseeing the growth of the industry, these companies have been allowed to collude and control the prices of their products, managing to charge $4,000 for a pound of branded cannabis in the competitive legal market, whereas in states such as California, the same amount goes for just $300. That is a 13x discrepancy between markets. This behavior and collusion are what True Social Equity in Cannabis seeks to expose and rectify in its lawsuit.

As states across the country have shown how to properly implement a social equity program that recognizes the impact of the war on drugs, Illinois is failing its’ citizens by allowing this monopoly to take hold of the state’s cannabis industry.

While Illinois made a fantastic first step by expunging the records of those convicted of crimes relating to the prohibition of cannabis upon full legalization in 2019, they have failed to do anything else for this demographic of individuals. The selection process itself has been subject to intense scrutiny, and as a result, are tied up in several layers of lawsuits from applicants who had been denied. Following litigation and criticism, the state had put a freeze on the Social Equity program, preventing countless approved applicants from progressing in their start-up process. The freeze left those who had been approved for a license in limbo while other license holders who did not have Social Equity Status able to continue with their business plans and operations.

For instance, take Ambrose Jackson, a hospital worker who had been awarded a license through one of the state lotteries. In an interview with the Press Herald, a newspaper publication based out of Portland, Jackson details her experience in navigating this convoluted and mismanaged program. “It’s just been disappointing to sit on the sidelines and watch the current operators make hundreds of millions of dollars.” Jackson continues, “All the social equity applicants are bleeding dollars, and every single month that goes by, people like me, those that the program is supposed to help, are getting hurt.”

In good news for the Social Equity applicants, as of this June, an Illinois judge finally gave the green light to 185 social equity cannabis retailers to help level out the playing field. The judge’s ruling allows for people like Ambrose Jackson to finally begin their operations and get themselves a piece of this gigantic pie that is the legal cannabis industry.

With families like the Pritzkers, Wrigleys, and Kovlers playing such a critical role in the state and the City of Chicago, a city with a historically proud heritage of diversity and opportunity, it was disheartening to see these families funnel away opportunities for social equity applicants to enter this industry and create a competitive market for companies and consumers.

As has been seeming par for the course in Illinois politics for the last 20 years, those in positions of immense power such as J.B Pritzker have turned a blind eye to, as well as actively participated in the monopolization and perversion of the market. If Illinois wants to be the beacon for the progressive policy it put itself out to be, they need to get its Social Equity Program into shape. Taking lessons from states such as Massachusetts which has been able to organize an efficient, inclusive, and resourceful program, Illinois can and must reorganize and do better by its people.

As a fourth year journalism student at the University of Southern California, Jacob is passionate about providing the most up-to-date stories. Jacob follows Illinois news, cannabis advertising, cannabis in sports and first-time cannabis consumers. With experience in product manufacturing and customer relations, Jacob adds immense value to the team. Currently, Jacob resides in Chicago and has experience working with the Chicago White Sox.