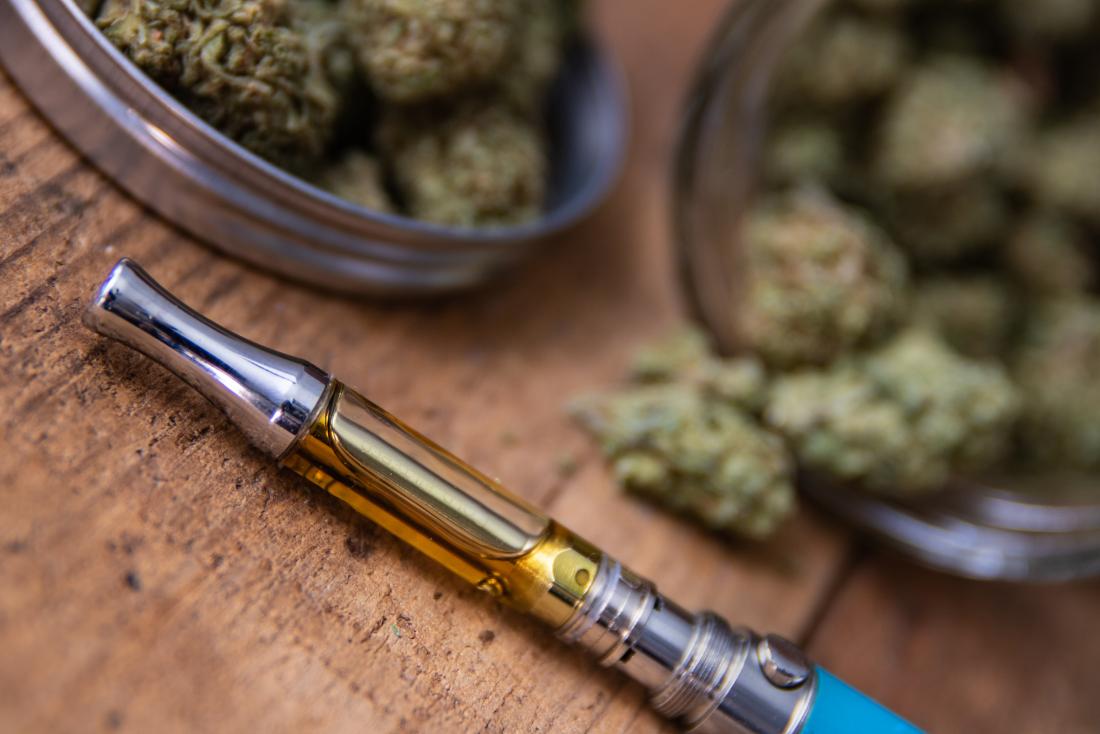 Vaporizers are becoming increasingly popular not only in the cannabis industry, but as an alternative form of consuming a wide variety of substances. Most notably, they are known as a healthier substitute for smoking, as vapes were designed with the intention of inhaling fewer harmful toxins from smoke. But is this really this case?

First, what is vaporization, or vaping?

Vaping is a method of heating a product without burning it, such that the active ingredients are released into the air via a fine mist. No smoke is created in this process as there is no combustion element ever taking place. Some of the more popular vaporizers in the cannabis industry include portable batteries which vaporize oils and distillates (such as pre-filled cartridges, pre-filled disposable vaporizers, and closed-pod system vaporizers), as well as portable and desktop devices that can vaporize dry herb (among other creative forms of cannabis vaporization).

Research is still early, but studies have pointed to those using vaporizers to consume cannabis do indeed inhale fewer carcinogenic compounds than those who smoke cannabis. Smokers are also more likely to develop bronchitis and other respiratory infections than those who vape, as the smoke is what ultimately hurts your lungs more so than the cannabis or cannabinoids contained within. What this means is that vaping can be particularly useful to those who use cannabis as a treatment for medical issues, and who may also suffer from related or unrelated respiratory issues and illnesses.

First, you have to make sure that your vape is either charged or powered in whichever manner is required. For dry herb vaporizers, the flower must be ground very fine, after which you must wait for the vaporizer to heat up to the correct temperature. After each use, you should always clean your vape and make sure it’s maintained properly. For distillate vapes, the processing of flower into distillate can come at a bit of a price, but you don’t have to do that work. You do have to make sure your battery is charged, but you similarly won’t often have to wait to heat up your cannabis before using it.

Before you go ahead and try vaping for yourself, it’s also important to also consider the subjective effects of vaping cannabis. Early research indicates the level of THC-content within the bloodstream is relatively similar between inhalation of vapor and smoke. However, in a recent interview with Leafly, Tory Spindle, a postdoctoral fellow with John Hopkins University’s Bayview Medical Center, was quoted saying: “It was surprising, the magnitude of difference between equal doses of smoking versus vaping… Vaping can produce drastically different impairment for all consumers.” All this is to say that, even if you vape the same amount of cannabis you may normally smoke, the effects may be distinctly different. It’s always best to start out with a lower dose, and gradually increase as you feel comfortable with a new method of consumption.

When I first began consuming cannabis, consuming from a cannabis vape pen was the way to go. I felt as if I could control the amount of cannabis I could inhale, and as I became more and more comfortable with consuming, I gradually became a bowl and joint consumer. However, everyone is difference. Many people I know began their consumption with bowls or joints. There is no right or wrong way to consume. My advice to any new cannabis consumer is to try different methods and see which one they like best. Many people opt for vape pens because it is less conspicuous and easier to bring with while out and about. Others enjoy the rawer method of smoking flower from a joint or bowl, but again it is all based on personal preference.