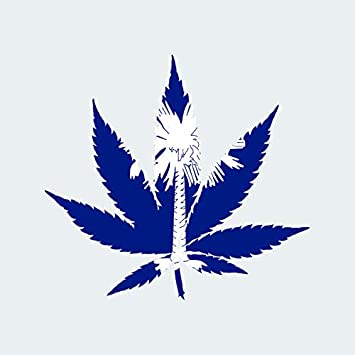 South Carolina’s government has finally voiced its recent opinions on the topic of marijuana. Multiple officials have strongly opposed the legalization of marijuana, with one exception—treatments. It’s likely that the state of South Carolina will legalize the purchase and use of medicinal marijuana if a bill passes in 2022.

Current South Carolina governor, Henry McMaster, who has been in office since 2017, has made plans to run for his second full term in 2022. Just like any other campaign that battles for a seat in the office, McMaster will face serious competition. Joe Cunningham, a high-profile politician, lawyer, and former engineer is running for governor in the 2022 election. Cunningham has prior experience in the political world, as he was a United States Representative in South Carolina’s 1st congressional district during the 2019-2021 term.

Joe Cunningham is earning his support through various strategies, with one being his support for marijuana legalization. Similar to the propositions of legalized states, Joe believes that “South Carolinians will be able to have a more productive and successful life” if criminal records involving marijuana were to be expunged. He also noted that “regulating and taxing marijuana would generate tens of millions of dollars in new tax revenue, allowing our state to finally provide critical funding to fix our schools, fix our roads, expand Medicaid, give our hard-working teachers the pay raise that they deserve, or even substantially cut taxes on South Carolina families.” However, Republican Party Chairman Drew McKissick has the opposite idea.

McKissick believes that “legalizing marijuana would raise crime and health problems” in the state of South Carolina. Supporting his statement is the State Law Enforcement Division Chief, Mark Keel. According to American Civil Liberties Union, South Carolina ranks number two in the nation for marijuana offenses. Furthermore, the statistics reveal evident racial disparity in the state. Throughout the state, black residents are 3.5+ times more likely to be apprehended in a marijuana-related case compared to white residents. Charleston Police Chief Luther Reynolds said “I could make 100 arrests for kids hanging out on the corner for simple possession and it’ll have minimal impact. Or I could arrest someone who’s shooting our communities and it’s going to have a huge positive impact.” As simple possession is a leading offense, legalizing marijuana would, in fact, lower “crime problems,” which counteracts McKissick’s statement. In addition to lowering crime, the legalization of marijuana could battle systemic racism—which could ultimately end racial disparity.

McKissick also addressed his opinion on medicinal marijuana use. In brief, McKissick believes that “real medicine” is something that should be approved and regulated by the FDA, prescribed by doctors, and distributed by a licensed pharmacist. In other words, he is opposed to the idea of using marijuana as a treatment because marijuana has not been a federally accepted treatment for conditions or diseases.

Although Henry McMaster has sided with McKissick and disapproved the legalization for an extended period of time, he has now revealed an “open mind” towards 2022 legislation. The legislation will propose the Compassionate Care Act which “would allow licensed cultivation and sale of medical cannabis, adjoining the state to more than 30 others.” Until then, South Carolinians will have to patiently standby.

If Joe Cunningham is elected as governor in 2022, South Carolina will see an immediate push for legalization. If McMaster serves his second term, we can hope that he will approve the Compassionate Care Act and allow medicinal use. Allowing medicinal sales could be a step toward recreational legalization, equality, and improved communities.