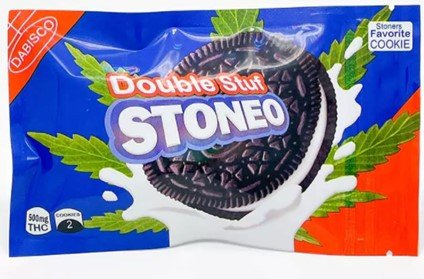 With the overall usage of marijuana across the United States having increased dramatically over the last few years, so have some THC-related incidents among children. Similar to keeping your alcohol or medications away from children’s reach, the same must be done with your THC products such as edibles. Recent reports from just a few poison control centers in 2020 showed 554 calls about children accidentally ingesting THC. While this number does not seem very high, it is 29 times more than the number of calls received dating back from a decade ago for the same type of incidents. Out of those 554, approximately 400 of those calls involved children under five years old who can experience some aggressive short-term complications depending on the reaction. In addition to overall cases, there are spikes in the frequency of these calls during holidays such as Halloween and Christmas where candy consumption is at its peak. Being the season filled with holidays, many state attorneys have issued warnings to their residents about taking the necessary precautions to avoid these incidents from occurring in their households.

State attorneys from New York, Connecticut, Illinois, Ohio, and Arkansas have issued notice to parents about confusing the normal tasty treats with their THC-infused counterparts. For the majority, these warnings are concerning the knock-off products designed to look exactly like top brands such as Cheetos, Doritos, Oreos, and others. In Ohio, Attorney General Dave Yost warned the public about accidental consumption stating, “levels of THC in these fakes could have some real and devastating consequences for children,” and later adding, “parents need to be extra cautious, especially around Halloween, that these copycat products don’t wind up in treat bags.” There have even been certain states with legalized cannabis that prohibit certain types of look-alike edibles or common treats such as brownies in order to avoid confusion and accidental ingestion among the youth.

Regardless of whether the state attorneys represent legalized states or not, the message has been the same, keep these products away. Some of the warnings are not directly intended to accuse people of deceptively giving these products to children. However, many are hinting at the fact that it still does happen and that there is no place for those types of products or actions in their states. These “look-alike” products are being sold in non-dispensary establishments with one of the only visual differences being the small labels at the bottom corner that list the amount of THC in milligrams. The number of accidents from edible consumption among children jumped from only 132 reported incidents in 2016 to over 2500 just last year. In Colorado, where adult-use cannabis was legalized in 2014, has seen a rise in cannabis-related poison control cases by 34% each year on average.

With the number of incidents increasing per year, the warnings these state attorneys are giving to their citizens seem warranted. It is becoming widely known how beneficial and safe cannabis products can be when used properly and consumed by the right demographic. Reports from these instances occasionally blame cannabis products themselves but it is the law in every legalized state that cannabis products are not to be consumed by anyone under the age of 21 for reasons such as this. Children would feel the maximum potency of THC if they consumed an edible during the holidays or in any situation which would be quite a frightening experience at that age. These are the types of problems that legislators against adult-use marijuana would use against the cannabis industry, which would create drastic setbacks. This is not to focus on negative aspects or qualities of cannabis and cannabis products, but to emphasize the importance of safe use and storage of these items just as you would for alcoholic beverages, prescribed medications, etc. When it comes to children and young adolescents, there are many more vulnerabilities that exist when it comes to adult-use products, which includes THC edibles and cannabis in general.

Read more about this here and here.
Photo Source Credit.